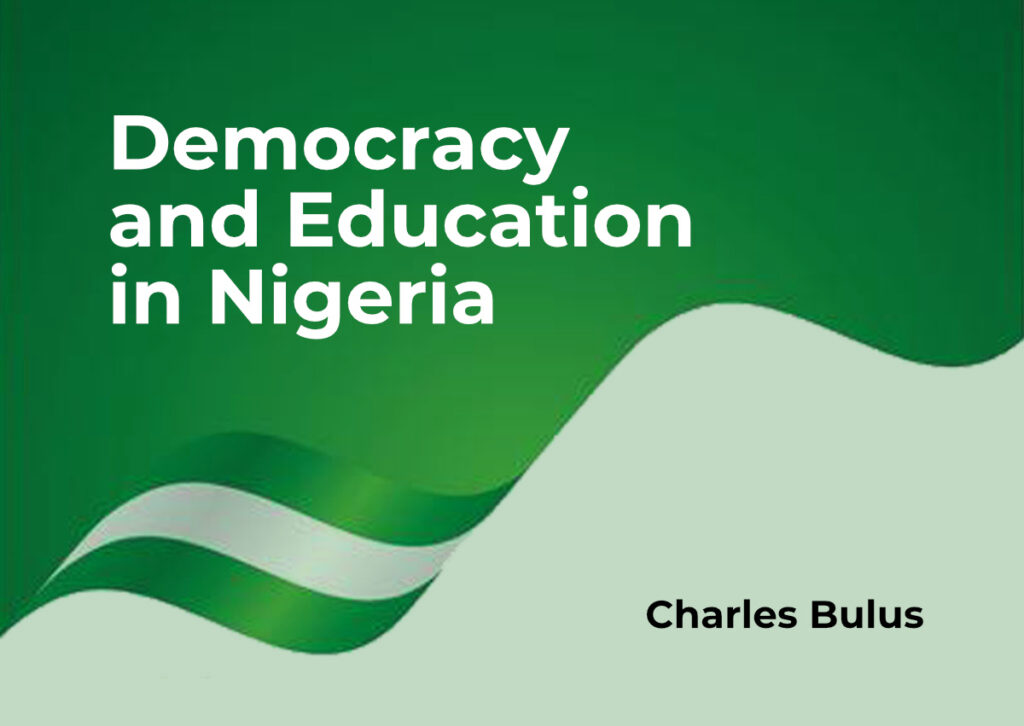 DEMOCRACY AND EDUCATION IN NIGERIA

I stood in line on a sunny Saturday, waiting to cast my ballot, during the Nigerian presidential elections. This exercise was held on April 16, postponed from April 9, 2011. Though it was characterized by impatient speeches, lots of pushing and shoving, and a long verification process, I had the time of my life, listening as people shared different stories about the ‘good old days’ in Nigeria. At nineteen, it was my first involvement in the electoral process, and I could not be more proud, as I fiddled with my brand new permanent voters’ card (PVC), which had just arrived a week before the elections.

While my heart raced in anticipation and my palms grew sweaty, the country was in a state of limbo, unsure of what would happen. There was already controversy about whether a northerner or southerner should be president, given the Nigerian tradition of rotating this top office between zones; Umaru Musa Yar’Adua had died in office and Goodluck Jonathan assumed interim presidency. But this time, Nigeria had to elect a leader; the top contestants were: Goodluck Jonathan of People’s Democratic Party (PDP), Muhammadu Buhari of Congress for Progressive Change (CPC) Nuhu Ribadu of Action Congress of Nigeria (ACN), Ibrahim Shekarau of All Nigeria Peoples Party (ANPP).

Not even the post-election crisis that erupted in Northern Nigeria – after Goodluck Jonathan was declared winner – could dampen my spirit. “I’ve played my part”, I said to myself, “I’ve voted to make Nigeria a better place”. While many would have hoped that this is true, there has been a rapid surge in the degree of violence, corrupt practices, and bigotry in this country; as well as a decline in electoral participation, collapse of systems and structures, and the loss of liberty and equality, the very foundation on which democracy rests.

Over the years, leaders were changed; but Nigerians have become increasingly disillusioned about the possibility of enjoying dividends of democracy. Consequently, while other countries review progress during Independence and Democracy Day celebrations, Nigerians count losses; the giants of Africa have fallen, making a loud noise all the way down. At the moment, every indicator of civic engagement has continually gone down, which begs the question: are we in a democracy, and is it even possible to run a democratic government in Nigeria?

Despite countless debates about the meaning and potential for democracy, philosophers, political analysts and educators agree that citizens of a democracy must engage in decisions that affect their lives. University of Maryland political theorist, Benjamin Barber, writes, “Democracy is not a natural form of association, it is an extraordinary and rare contrivance of cultivated imagination” (2000:221). This implies that, even though we are not born democrats, and the current state of things is a far cry from what democracy represents, education of the public plays a significant role in ensuring that democrats are made out of us. Through this, Aristotle’s vision becomes true, as democratic citizens move themselves “from individual ignorance to collective wisdom” (Page & Shapiro, 1992: xi).

However, as Michael Delli Carpini and Scott Keeter point out in their study of US citizens’ political knowledge, participation and influence, it would depend on two things: “the nature of the information brought to the public marketplace and the ability of citizens to use that information to discern their interests and to articulate them effectively” (see Carpini and Keeter, 1996: ix). This should be accomplished through political debates and electoral campaigns, upholding a free press and community discourse (town hall meetings), as well as improving the kind of education people receive.

Unfortunately, these factors present a problem for us in Nigeria, as the populace is, at best uninformed, and at worst misinformed. Therefore, it has become grossly impossible for citizens to discern, articulate and pursue what’s best; while the few who do so are accused of mutiny or insurrection by the democratically elected (or appointed) leaders. When issues of national significance are being discussed, and it becomes obvious that underperforming individuals will be exposed, an ethnic or religious coloration is immediately attached to such discussions, and the discussants become targets. It seems as if the government benefits from the large-scale ignorance that is visible among Nigerians, especially those in the North. This is why, there seems to be an effort to leave more and more citizens uneducated concerning what things ought to be. But this should not be, since a truly democratic government upholds liberty and equality in speech, policies and practice.

Furthermore, at the heart of every well-meaning Nigerian is the moral dilemma to either pursue true democracy, by risking the labels, challenging bad government policies and educating the public on what their expectations should be, or to celebrate government meagre efforts by following Nigerian corrupt practices, in a bid to climb the ladder of leadership, and eventually do what one considers to be right. Both have short- and long-term implications for the individuals and the nation.

But the more subtle, but devastating challenge, is the fact that people here seem satisfied with the current state of things, as long as they can earn their daily bread. Nigerians only complain if their survival is hampered; but even if that happens, they are willing to endure, by developing new adaptive skills. Nigerians would only unite to speak as one when their small group is threatened or the relative peace is rocked, not because they desire to see the nation grow. And people celebrate incompetence and mediocrity, not because they don’t know better, but because they would rather have momentary gain, than push for long-term reforms. Alas, this is our undoing! Considering this unfortunate reality, how can education be used as a tool to foster democracy in a country as complex as Nigeria?

EDUCATION AS THE WAY FORWARD

It is not surprising that education remains the answer to the questions Nigerians are asking. By this, I mean that both formal education experiences in classrooms and lecture halls, and informal learning experiences outside of formal school settings can play a significant role in nurturing civic and political engagement among children, youths and adults. Parents must teach children to change the world, not to lead successful lives; teachers must train students to create jobs, not to get employed; communities must teach their members how to stand out, not cause them to fit in; and religious groups must uphold service to God and humanity, over self-gratification.

It is obvious that democracy means many things to many people, which is why the aspect of democracy considered to be most important and the method seen as most effective would vary: some would argue that formal institutions should become more democratic as they uphold a rigorous study of the workings of government, history of democratic institutions, as well as the battles fought by various nations to preserve democracy; but others, are convinced that it is only when young people go outside the classroom into the community, to match classroom learning with meeting community needs, that change starts to happen.

There is no one-size-fits-all answer to this, but I propose a slightly unconventional approach to education in Nigeria: families must educate their children before sending them to school (see Prov 22:6). While this may seem like a contradiction, it is not, considering what education means. Stella van Petten Henderson says, “Education is the formation of conscience”, while Babs Fafunwa (1974) defines education as, “the aggregate of all the processes by which a child or young adult develop the abilities, attitudes and other form of behaviors which are of positive value to the society in which he lives”. Our society is riddled with problems because people have no conscience, and have lost the ability to think of anyone but themselves.

Hence, parents must teach: Greetings and politeness, admitting to wrong and apologizing, gratitude and sharing, honesty and integrity, social etiquette and sex education, their local dialect and appreciation for that of others, punctuality and time management, personal hygiene and self-care, respect for people and their property, submission to authority and obedience, standing up for the weak and confronting injustice, service to God and humanity. TRUE education is all about- better people, better relationships, and better lives for all. Naturally, it is where the groundwork for true democracy is to be done.

When we excel at educating the conscience and character of people, school subjects will be learned with ease, and there would be better results in society. D. L Moody makes the point when he says, “If a man is stealing nuts and bolts from a railway track, and, in order to change him, you send him to college, at the end of his education, he will steal the whole railway track.” Theodore Roosevelt echoes this when he says, “A man who has never gone to school may steal from a freight car; but if he has a university education, he may steal the whole railroad”. True change happens when people’s hearts are transformed, and no amount of schooling or government policy can accomplish this.

Here are a few recommendations for families going forward:

In the end, what matters is not how long we spend protesting injustice and inequality, but what we put in place to enjoy liberty and equality. While this may seem like a long walk to freedom, at least it is a walk that leads to freedom. And while we might prefer to say “during my time, we enjoyed this or that ”, true democracy should cause our expressions to be, “because of my time, my children will enjoy this or that ” This is how legacies are laid, and a world built on the culture that thinks of others is built.